It’s been nearly a year since the U.S. Department of Agriculture (USDA) and the Environmental Protection Agency (EPA) announced a national goal to cut U.S food waste in half by 2030. Since then, we have seen leaders from across the food supply chain, as well as non-profit, industry and government sectors, make impressive progress towards achieving this goal. NCL has been working hard to identify strategies for consumers who want to be part of this national movement. So, NCL is pleased that the United States Conference of Mayors recently committed to a set of resolutions that will strengthen food waste reduction plans within municipalities.
Congress has been slow to act on food safety, including enacting federal legislation aiming to reduce our nation’s food waste problem. Regulations on food waste disposal, food recovery and redistribution, and even food date labeling can vary by state or city.
While disjointed state and city policies aren’t the most efficient way to tackle a national issue, some states and cities have developed their own food waste programs in order to push the needle. Take landfill bans for example. Currently, five states (California, Connecticut, Massachusetts, Rhode Island, and Vermont) and two cities (New York City and Seattle) have a ban or mandate on the amount of food scraps permitted in landfill. To help retailers and consumers prevent food loss and landfill waste, many states and cities are also providing tax incentives for food donations or have established more robust farm-to-food bank programs.
These leaders are inspiring other municipalities to follow suit. The resolutions presented by the U.S. Conference of Mayors signal the growing concern of food waste. NCL applauds the U.S. Conference of Mayors for making food waste a priority and for presenting solutions that help consumers be part of the solution.
Below are highlighted resolutions from the U.S. Conference of Mayors’ food waste resolutions:
Food Recovery Hierarchy – The U.S. Conference of Mayors has developed a food recovery hierarchy based on the first three tiers of the EPA Food Recovery Hierarchy, which are: reduce instance of waste, recover edible food for redistribution, and repurpose food scraps for animal feed.
Financial Incentives – Federal and state governments are encouraged to increase access to grants, loans, guarantees, tax incentives, or other financial resources to improve food waste recycling infrastructure.
Collaboration – The private sector and consumer facing businesses are encouraged to strengthen partnerships with government agencies to press for food waste legislation and consumer education campaigns.
Responsibility of Cities – Cities are asked to assess their region’s contribution to food waste and its impact on their communities. Cities are also encouraged to develop innovative programs to reduce waste and provide societal, environmental, and financial benefits. 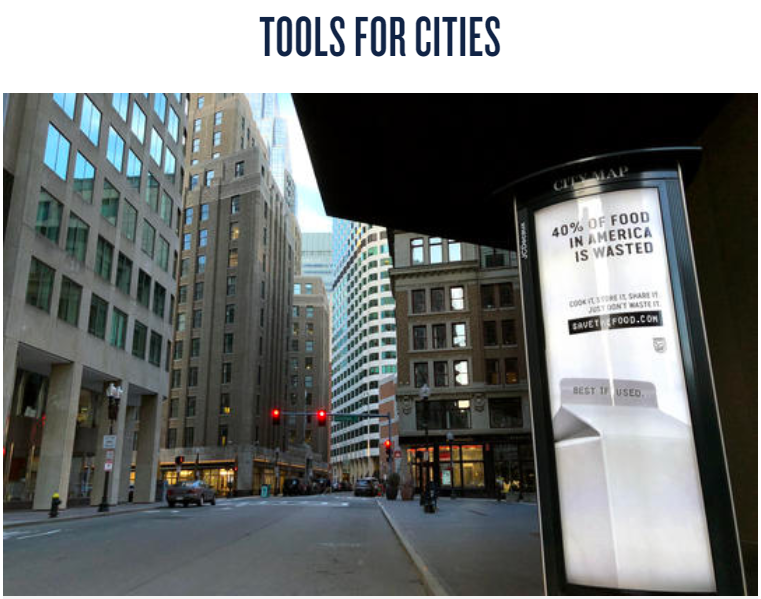